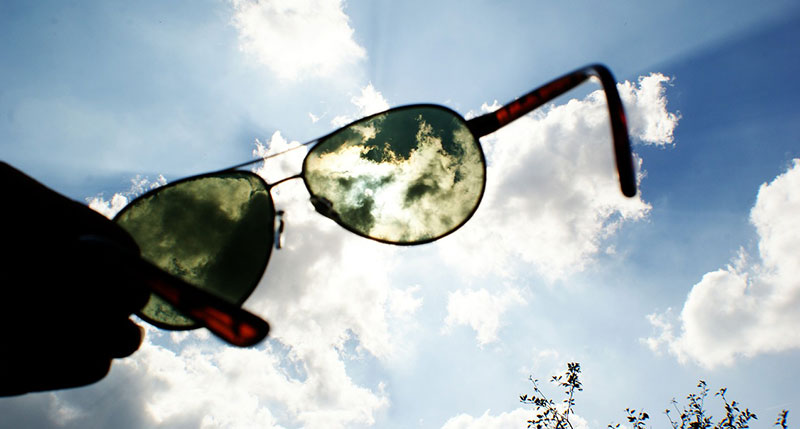 July is UV Safety Month. In our optometry practice, eye safety is always top-of-mind. Did you know that the sun’s harmful rays can damage your eyes if you don’t protect them?

You slather on the sunscreen to protect your skin from sunburn before you go outside, right? In addition, you need to protect your eyes—and those of your children and loved ones―with a high-quality pair of sunglasses that block 100% of the sun’s ultraviolet rays.

Here are 10 fun facts about sunglasses:

When you’re ready to update your collection of sunglasses or treat yourself to a pair of prescription sunnies, visit our optical department. We’ll help you find the right pair that fits your face and helps you see your best in the bright sun!