Who Is At Risk For Glaucoma? 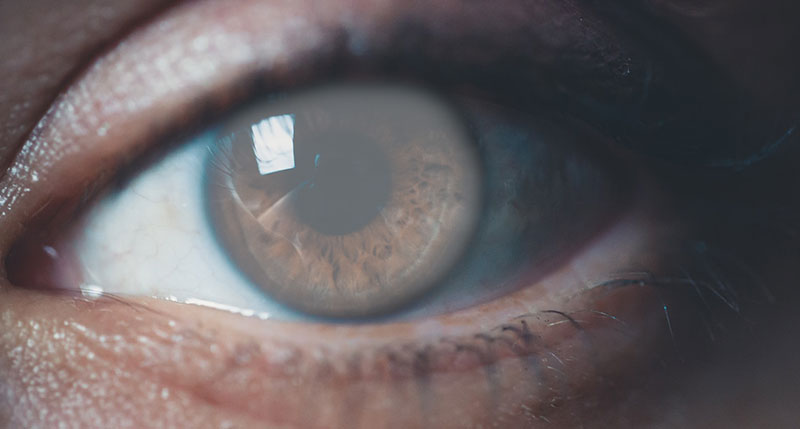 The National Eye institute designates January as National Glaucoma Awareness Month. Did you know that more than 3 million people in the United States have been diagnosed with this sight-stealing disease? In our previous post, we addressed the top five questions people ask about glaucoma. In this post, we’ll focus on the specific groups who are most at-risk for developing this disease.

Glaucoma is a progressive disease in which the optic nerve is damaged by excessive fluid pressure inside of the eye. The nerve damage results in permanent, irreversible “blind spots” within your field of vision. While there is no cure, when caught early, glaucoma can often be managed to prevent or delay further vision loss.

Anyone, at any age, can develop this group of diseases, which can rob you of your precious sense of sight. Early detection is the key, which is why your optometrist always checks your “intraocular pressure” at your annual eye exam. An elevated level of fluid pressure within your eye ― the intraocular pressure ― is a key indicator for glaucoma.

Although people at every age have a risk for glaucoma, specific groups of people are at a significantly higher risk for developing the disease. These high-risk groups include:

Glaucoma is the second-leading cause of vision loss and blindness for people of African descent ― after cataracts. How much more common is glaucoma in African-Americans than in people of European ancestry? A whopping 4 to 8 times more likely. Reasons for this include that people of African descent often have thinner corneal tissue and larger optic nerves than those of European descent. And although science doesn’t yet understand why, African-Americans are also more likely to suffer vision loss and a more rapid progression of glaucoma than other groups of people.

Getting older increases our risk for many diseases, and glaucoma is among them. The sight-stealing disease is much more likely to occur in older people of every ethnicity. After age 60, you are more than 6 times more likely to develop glaucoma than those in a younger age group. This is where early detection is key: Starting at age 40, schedule an annual comprehensive eye exam with pupil dilation so that your optometrist can check for glaucoma and other eye diseases that are more likely to occur in your age group.

A family history of glaucoma

Of all the wonderful things we inherit in our genes, one we don’t want is an increased risk for primary, open-angle glaucoma — the most common form of the disease. It’s hereditary, which means that if your parents, grandparents or aunts and uncles have or had glaucoma, you are at higher risk for developing the disease than the general population.

Use this information to your advantage: A family history of the diagnosis means you’re 4 to 9 times more likely to develop glaucoma, so schedule your annual eye exam in the same month each year and don’t miss the opportunity for early detection to work in your favor.

People of Hispanic descent have a much higher prevalence of glaucoma than those of European ancestry (though not as elevated as people of African descent). And, this risk increases for Hispanics who are over the age of 60. Use this information to your advantage by scheduling your annual eye exam without fail each year so that early detection can work in your favor. One study, the Los Angeles Latino Eye Study, discovered that not only were people of Mexican descent more likely to have glaucoma than European Americans, but that 75% of the Hispanic population with glaucoma were not diagnosed and were unaware that they had the sight-stealing disease.

Asian people are at an increased risk for the less-common “primary angle-closure” form of glaucoma, which comprises fewer than 10% of all glaucoma diagnoses. However, this can be a more aggressive form of the disease, and is responsible for 90% of blindness in China. Those of Japanese ancestry are at higher risk for “normal-tension glaucoma,” a variant where there isn’t an abnormally high level of eye pressure. Still, the optic nerve suffers damage and the patient experiences vision loss. While the cause of normal-tension glaucoma is unknown, your optometrist can diagnose it by examining the optic nerve for damage.

People who use steroids in high doses to control asthma, autoimmune or inflammatory conditions are at greater risk for glaucoma. Any form of steroid use (topical, oral or inhaled) may increase risk for glaucoma by up to 40%.

If you’ve suffered a severe eye injury, such as a blunt trauma “bruise” to the eye or an injury in which an object penetrated the eye, you’re at higher risk for developing glaucoma. The disease may occur immediately following this injury or may develop gradually years later. Two common sports-related injuries in this category are boxing or baseball injuries. Any serious injury to the eye can damage the drainage system of the eye, causing traumatic glaucoma.

While glaucoma can’t be cured, it can often be controlled. Vision loss can be slowed or prevented with proper medication and treatment. Early detection is critical in maintaining your vision field. We’ll be happy to answer any questions you may have about your glaucoma risk during your annual eye exam. Call us today to schedule it!